There are two ways of e-cigarette use. The first, MTL or “Mouth To Lung” has been around since the beginning, and involves inhaling the vapour in your mouth before inhaling it in your lungs. It is essentially the same type of use as with the tobacco cigarettes. The second, DTL or “Direct To Lung”, involves inhaling the vapour directly into the lungs, has been on the rise recently. It is similar to the water pipe use. Below we will present some of the key differences between both methods of use, and show why MTL is still the most recommended method for all e-cigarette users, from both the health and the financial perspective.

The equipment for each of the methods of use differs substantially. For MTL use, basic equipment is sufficient. For DTL use generally more advanced equipment is required. The tank that is best for DTL vaping will have wide openings which allow for an inhale directly into the lungs. As a lot of air is passing through the heating element, the coil inside is cooling. In order for the tank to operate as expected, it should be used at higher wattage (devices capable of 30W or more). On the other hand, the air openings on MTL tanks are smaller, as some resistance is needed for inhaling into the mouth and then into the lungs. As a smaller amount of air is passing through these devices, they can be used at lower wattage (devices up to 20W are usually sufficient).

Most tanks are intended for either MTL or DTL method of use. There are also devices that can, in combination with different settings and heating coils, be used for both methods. 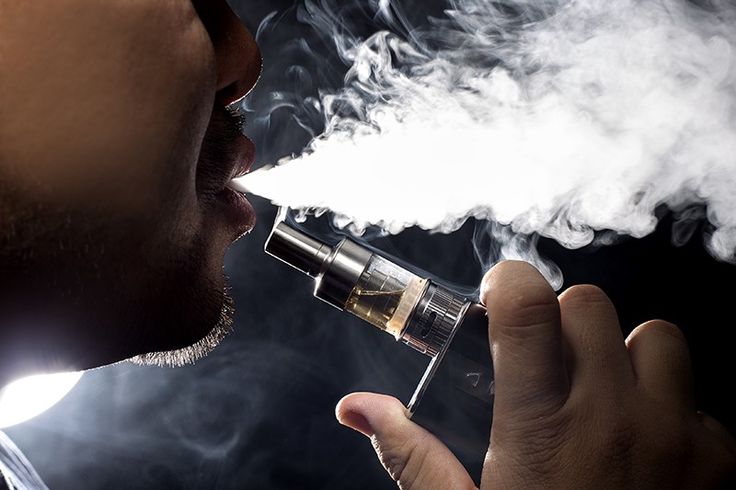 The amount of vapour produced by a tank depends on the e-liquid and its composition, and the method of use. In general, e-liquids with more PG (propylene glycol) generate less vapour than those with more VG (vegetable glycerine), and MTL method of use generates less vapour than DTL. The reason for that is simple. In DTL use, a larger amount of air is passing through the tank, since lungs are usually filled almost to full capacity due to the direct inhalation. As stated above, the coil is heated at greater power. In MTL use, only the oral cavity is is filled with the vapour, which is then inhaled into the lungs.

Due to a smaller amount of vapour produced in MTL vaping, the amount of consumed liquid is smaller than in DTL use. In other words, the more vapour we generate, the larger the e-liquid consumption.

In regard with the nicotine content, in general a higher content nicotine liquid is used for the MTL vaping. Users using e-liquid containing nicotine need a certain dose in order to satisfy their need for nicotine originating from the time when they smoked cigarettes. Regardless of method of use and type of equipment, it can be estimated that a user delivers approximately the same amount of nicotine with each puff, i.e. less vapour with more nicotine in MTL, and more vapour with less nicotine in DTL for the same effect.

An average nicotine content in MTL method of use is generally 6 – 18mg/ml, and in DTL the nicotine content for most users is 3mg/ml, and rarely more than 6mg/ml. The use of e-liquid with more than 6mg/ml of nicotine in DTL method of use is unpleasant for the majority of users, as the large amount of vapour and consequently a large amount of nicotine irritates the throat (burning sensation).

Let’s take a look at a simplified case of a user using both vaping methods:

In both cases the user delivered the same amount of nicotine into the body. In DTL method of use a lot more vapour was generated and more e-liquid was consumed.

Not a very important factor, but sufficiently important to be mentioned. Battery usage is different in both methods of use. With more required power, more battery capacity will be drained. With less required power, less battery capacity will be drained. Also, as stated above, the amount of consumed e-liquid and consequently the battery drain are very different.